THANK YOU
FOR SIGNING UP

please check your email for confirmation*

*please check your junk or spam folder, too! We promise not to spam you or share your details.

Please SIGN UP with us to create a wishlist!

free shipping ON ALL ORDERS

Fragrances for the rock star

Rock Star fragrances…pairing your scent to your gig ?

Certain things just naturally go together – cheese and wine, rum and coke, ice cream and milo ?….right?! So why not pair your fragrance to certain moments in time? Two of the most evocative experiences are music and scent so it makes sense to pair the two!

Clea, our resident Rock Star did just this with a couple of her favourites, so read on for her hot picks…

Carner’s Rose and Dragon is going to see Joan Jett because it is the ultimate bold, strong, feminine fragrance. Its dark and sexy with Leather, Amber and Labdanum in the base but its also sweet and feminine with Rose and Strawberry notes at the same time. It makes you feel all of those things all at once when you wear it. And Joan is all of those things – she is the ultimate and the first female rock star.

Diane Pernet’s Shaded is an Alice Cooper gig; its dark and mysterious, a little bit salty as its inspired by swimming in the open, dark sea in the middle of the night. You can’t get anyone more iconic in bringing that shadowy, shaded side of life to the mass consciousness than Alice. He was the son of a baptist minister so that ties in the water element of this dark, woody, vetiver scent perfectly.

Miller et Bertaux’s Oh Ohhhh Oh is for a Led Zeppelin concert, because even though they were an English band they were the biggest rock n roll band with musical influence in America in the 1970’s. This fragrance is based on cruising down the Californian Highway in the sunshine, with the wind in your hair. Even though they were a rock n rock band they were very much into nature and mythology so you’ve got your Moss, Californian Redwood and Juniper and you’ve also got Hemp which is the ultimate 70’s nod. I was obsessed with this scent last summer, spending a lot of time by the river, in nature, in the trees and this just encapsulates the fusing of both lifestyles perfectly.

Juliette has a Gun’s Into the Void is Nine Inch Nails because Trent wrote the Downward Spiral album. As soon as I associated this scent with a band it was a no brainer, it has to be them. They’re very much about that darker, more dreamlike state of being. A void and a downward spiral are very much like that kind of black hole, being sucked into this realm of possibility and emotion. There’s dark notes like Liquorice and Ambroxan and Patchouli – all of those deeper but very nurturing and sensual elements of life that again bring me back to Nine Inch Nails. 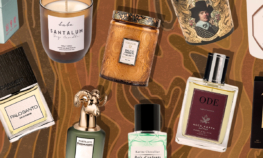 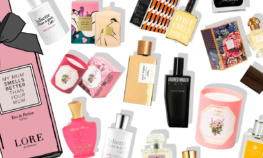 An Easter to indulge!